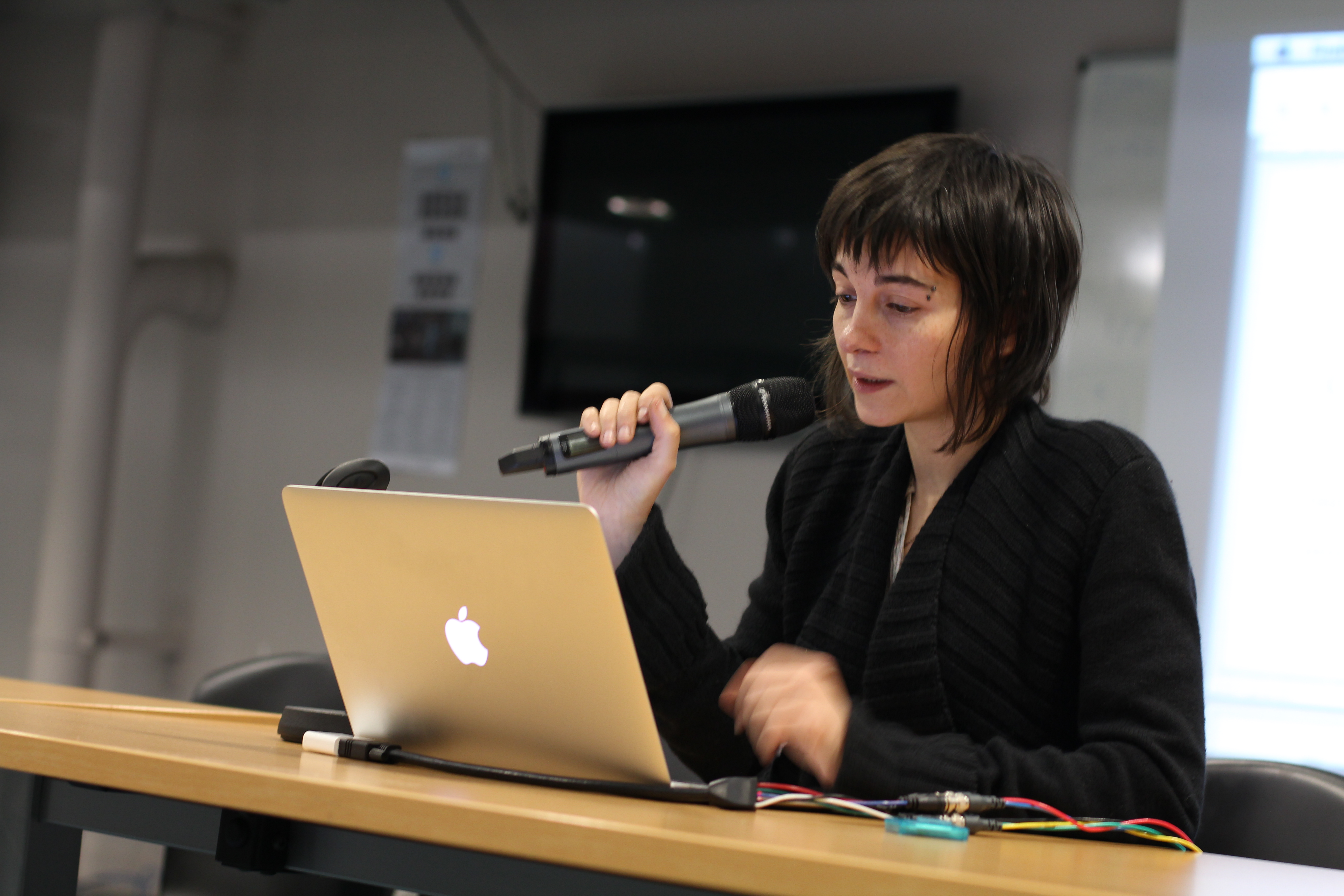 Primavera De Filippi is a researcher at the CERSA / CNRS / Université Paris II. She is currently a research fellow at the Berkman Center for Internet & Society at Harvard, where she is investigating the concept of “governance by design” as it relates to online distributed architectures. Primavera holds a PhD from the European University Institute in Florence, where she explored the legal challenges of copyright law in the digital environment. Primavera is an administrator of the Communia association for the public domain, a coordinator at the Open Knowldege Foundation and legal expert for Creative Commons in France.

ROD: Your current research focuses on how decentralized technologies might be used to underpin new forms of collective cooperation and decision-making in online spaces. What drew you to this line of research?

PDF: I have been working for many years now on the legal challenges and opportunities of online decentralized technologies, with particular focus on distributed architectures, such as peer-to-peer networks, mesh networking technologies, and more recently the blockchain. My involvement with several commons-based peer-production initiatives and organizations, including Creative Commons, Open Knowledge, and the P2PFoundation has led me to believe that there is currently strong need for new governance models based on decentralized technologies that would enable large-scale distributed  collaboration and more participatory decision-making.

ROD: Can you elaborate on the concept of “governance by design” that you have used in your work?

PDF: Governance is a loose term, which can assume many different meanings. I like to distinguish between the concept of “regulation by code” —which has a strong technological deterministic flavor, and which might refer equally to top-down and bottom-up regulation— and the concept of “governance by design” —which has a more social connotation, as governance requires the cooperation of multiple actors in order to coordinate their activities. I use the term “governance by design” to describe the process of online communities increasingly relying on technology in order to organize themselves through novel governance models (designed by the community and for the community), whose rules are embedded directly into the underlying technology of the platforms they use to operate.

ROD: How might this model be used to support commons-based peer production?

PDF: Commons-based peer production is a process driven by collaboration amongst a network of peers. Yet, as the community scales, collaboration becomes difficult to achieve without relying on a centralized authority that is in charge of coordinating the activities of different contributors. In traditional governance models, this is usually resolved by introducing roles and/or a hierarchical structure within the community, so as to enable a more coordinated process of collaboration. By incorporating governance rules directly into the technological design of a community’s platform, it is possible to achieve coordinated actions in a decentralized manner, and in a way that remains in line with community’s values.

ROD: What, in your opinion, is the most significant distributed technology today in this regard? How do you see blockchain-based technologies playing a role in this?

PDF: The Blockchain is an interesting technology in that regard, as it facilitates the establishment of new governance models which are flatter, more transparent and potentially allow for more democratic and participatory decision-making. In my view, one of the key benefits of the blockchain is that it reduces (or even eliminates) the need for an intermediary or a middle-man. By incorporating specific governance rules directly into the blockchain, it becomes possible for communities to self-organize and self-manage themselves, transacting directly with one another without the need to rely on any centralized (trusted) authority. Besides, in addition to enabling new forms of large-scale decentralized collaboration, blockchain-based governance also makes it easy to set up innovative reward mechanisms (based on the concept of “crypto-equity”), so as to create new incentives for people to contribute to a common project.

ROD: Are there any applications you find particularly interesting in this space?

PDF: Ethereum is interesting because it presents itself as a general purpose platform, on top of which it is possible to build a variety of decentralized blockchain-based applications. Ethereum features an internal Turing-complete scripting language, which a programmer can use to construct automated transactions (or “smart contracts”) between humans and machines, or between multiple machines. By combining several smart contracts together, it is possible to create sophisticated applications,  such as distributed file storage or decentralized social networks, which are run, in a decentralized manner, by every node of the network.

Another interesting blockchain-based application, in the context of commons-based peer-production, is Swarm: a decentralized crowdfunding platform where those who contribute to a project become actual shareholders of the project, and might even acquire specific roles, privileges or decision-making powers.

ROD: Bitcoin continues to figure in discussions of commons-based peer production, even though we can now identify significant drawbacks in its centralizing tendencies.  What, if any, are some of the centralising tendencies or potential pitfalls of blockchain-based applications that you can identify as an early researcher of these practices?

PDF: The Blockchain is essentially a distributed, trustless, append-only datastore which can be used for many kinds of applications, some of which might require a centralized governance structure (e.g. many banks are now investigating the use of the blockchain for internal accounting purposes). One important problem today is that the consensus mechanism used by most blockchain-based applications (proof of work) is highly computationally intensive and (as we have seen with Bitcoin) the mining is thus likely to end up concentrated in the hands of a few mining pools —thereby endangering the security of the network, e.g. by making network vulnerable to a 51% attack. New consensus mechanisms are currently being developed (e.g. proof of stake) which might partially resolve these concerns. For the time being, commons-based peer-production communities can nonetheless benefit from blockchain-based applications, which operate on a community-owned blockchain (see e.g. FairCoop).

ROD: And what are some of the challenges to adoption?

I’d say that, to date, the main challenges to adoption are technical. It is currently quite difficult to implement smart contracts and secure distributed blockchain-based applications without a proper understanding of how the underlying technology works. Even if new platforms are currently being deployed (e.g. Ethereum, Eris, etc) in order to facilitate these tasks, we still lack a simple and user-friendly framework for building distributed blockchain-based applications in the same way as we can now build a web-app.

Commons based peer production in the information economy

This site uses Akismet to reduce spam. Learn how your comment data is processed.